We join the British people in our sincere condolences to Her Majesty the Queen and the Royal Family on the death of His Royal Highness, Prince Philip the Duke of Edinburgh.

Prince Philip was a proud supporter of British Farming; passionate about the countryside and an early proponent of sustainable agriculture, conservation and the environment.  Working tirelessly for nearly 800 charities, he was a vocal and committed Patron, President and Member of organisations and charities across the world; founding President of the WWF (World Wide Fund for Nature).  Condolences from the farming community and conservation groups across the world have given tribute to the Prince’s tireless commitment.

The National Farmers’ Union has paid tribute to the Prince as “an enormous advocate for farming and the rural communities” and that “the support he has given many generations of farmers will not be forgotten”.

The Country Land Owners Association has said the Duke will be remembered with “gratitude for his outstanding commitment to farming and the farming communities.

The Duke of Edinburgh Awards Scheme through which many thousands of young people benefited has acknowledged the remarkable achievement of the Prince, empowering young people from all walks of life to build resilience and confidence in their life skills.

Sir David Attenborough has paid tribute to Prince Philip as “an admirable man” who was “vigorous” in his conservation work.

Together the Queen and Prince Philip owned and managed arable, livestock and fruit on their estates and were proud owners of pedigree Ayrshire, Jersey and Sussex cattle.  Prince Philip chose Wood Farm on the Sandringham Estate as his permanent home when he officially retired in 2017; a private family retreat for over 50 years.  The Prince is remembered by the many tenants and farms on the Royal Estates as a dedicated and caring Landlord.

Prince Philip’s contribution to agriculture and sustainable farming will be very much missed and we are proud to have signed the online Book of Condolence on the Royal Family’s website www.royal.uk.

Her Majesty the Queen and Prince Philip at Woodside Farm, Norfolk

HRP Prince Philip attending one of his public engagements 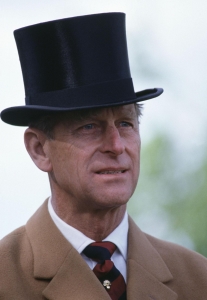 View all posts by: Jackie Mitchell